PARS founder Jim Christiano was named to Fleet Hall of Fame last night during the 2018 Automotive Fleet & Leasing Association (AFLA) Conference at the JW Marriott Orlando, FL. He was selected through an online public survey online. The Fleet Hall of Fame is now comprised of 81 members.

“Jim Christiano joined Buick in 1971, serving in service and sales roles for the Buick Motor Division at locations across the United States. In 1981, he transferred to Buick’s home office in Flint, Mich., and took on the role of director of fleet sales, his first official role in fleet. He led Buick’s Olympics project, placing 10,000 Buicks on the ground in Los Angeles.

After leaving Buick in 1986, he opened a dealership for a time, which he sold in 1991. He later managed sales for a drive-away business, and founded PARS in 1998. In its first year, PARS quoted 50 moves a day and received 10 orders. Since then, the company has grown dramatically, recently moving into new 10,000 square-foot headquarters in Gainesville, Va. He led PARS until 2006 (when his daughter, Lori Rasmussen, took over), but he remains active in the business.”

Congratulations to Jim, his wife, Marilyn, and his family for this well-deserved honor! (Photo courtesy of AFLA) 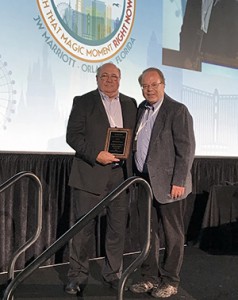