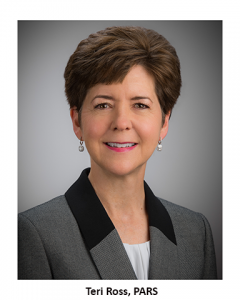 Automotive Fleet’s Daryl Lubinsky wrote a comprehensive article on the orgins and progress of Women in Fleet Managerment (WIFM) entitled Women in Fleet: Intimidated No More. Read it here:
http://bit.ly/2zBjdCj 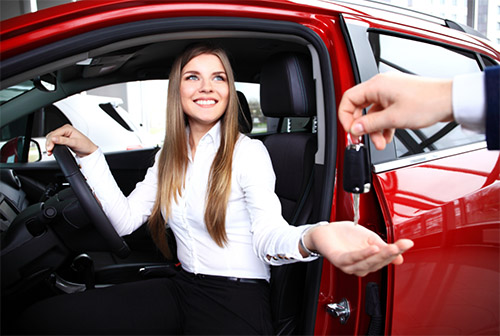 PARS offers two methods of moving vehicles — driveaway and transport/auto carrier, and there are advantages and disadvantages for both.

The primary advantage to driveaway is the ability to have additional services performed on the vehicle while in route. PARS offers detailing, inspections, department of motor vehicle transactions, repair and maintenance.

Our dedicated Customer Support specialists will direct our drivers to perform the services required, based on the customer’s specific parameters. Our professional drivers then have the necessary services performed and keep the pickup and delivery parties informed on the delivery status in real time using our new mobile app. Our customer portal reflects the specific status of each move and keeps our customers informed.

Another major advantage is our ability to control the pickup and delivery times to make sure that we are working to meet the needs of the recipient driver’s schedule. Any delays (weather, road constructions, etc.) are communicated to the customer to make the pickup and delivery as seamless as possible. PARS’ vast network of drivers and field offices ensures that the vehicles are picked up and delivered on time, every time.

The disadvantage of driveaway are the additional miles put on the vehicle. For long distances, it ,may be more cost competitive to transport; however, PARS logistics specialists can proffer an expert recommendations.

The primary advantage of transport is that no miles are put on the vehicle. It can also be less costly, depending on the distance of the move. However, if the vehicle requires any type of additional service, transport is not an alternative. The vehicle will arrive in the same condition as when it was picked up. It is also much more difficult to control the timing of the move when it is transported/trucked. In most instances, the delivery is inexorably tied to the trucker’s and schedule.

“This new mobile app represents a key part of our continued technology leadership strategy,” adds Rasmussen. “It is the latest example of integrating our industry-leading order management system built upon Microsoft Dynamics CRM. Technology has been and remains a key differentiator for PARS, ensuring that we continue to make our fleet customers’ jobs easier in a very demanding industry.” 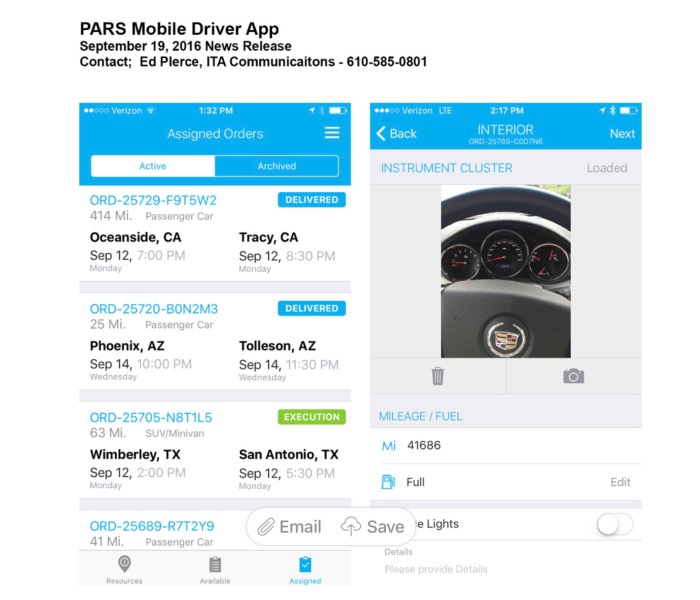 This year’s AFLA conference got off to an impressive start when PARS president Lori Rasmussen introduced the WIFM keynote speaker, Susan Lund. Susan spoke on the topic, Ignite Your Selling Potential, based on her best-selling book, Ignite Your Selling Potential: 7 Simple Accelerators to Drive Revenue and Results Fast. PARS sponsored the presentation along with LeasePlan. 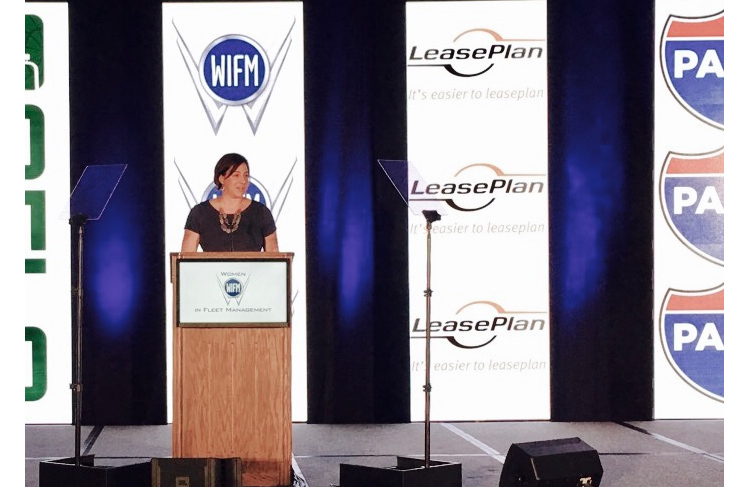 PARS’ new driver mobile app made headlines in the AFLA-distributed edition of Fleet Management Weekly. You can read all about the benefits for PARS customers in the next post. 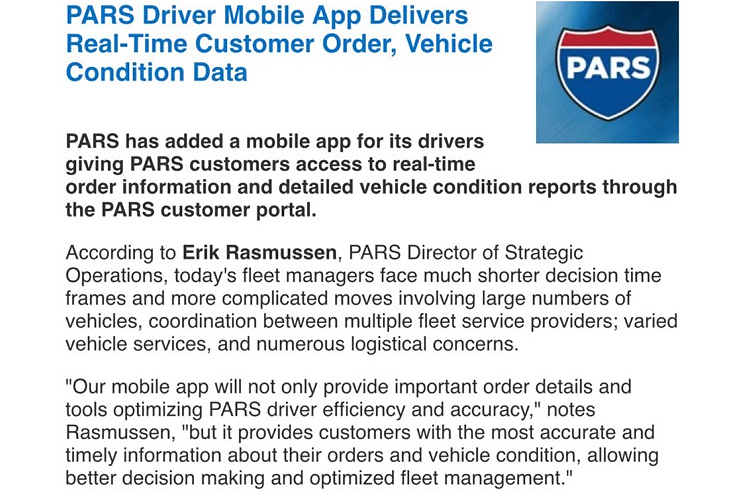 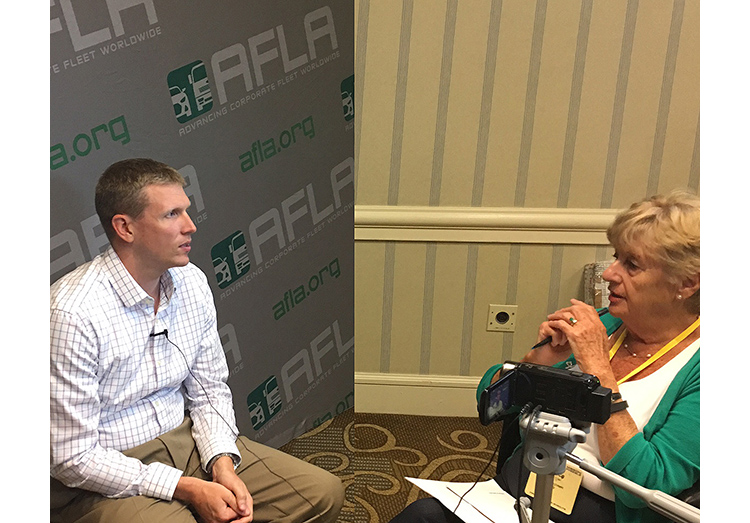 PARS’ Erik Rasmussen, Director of Outside Operations, recently spoke to Fleet Management Weekly about its unique service of checking for open safety recalls on every car entered into the company’s system, including the variety of options available for recalled vehicles. Click here to see the video.

What do the ice cream capital of the world, the birthplace of the Ferris wheel, and the home of the world’s longest boardwalk all have in common?

These are all places PARS drivers have been as part of a vehicle relocation!

Each year PARS drivers log millions of miles relocating customers’ vehicles. There aren’t too many cities or towns in the United States that PARS drivers haven’t experienced as part of a vehicle pickup or delivery. Naturally, visiting so many different places leads to some interesting stories and obscure factoids from our drivers.

Did you know that Myrtle Beach, SC, is considered mini golf capital of the world? Or “The Outsiders” was filmed in Owasso, OK? Or Norfolk, VA, boasts the USS Wisconsin? Or Bennington, VT, has a 306-foot obelisk commemorating the Battle of Bennington? These are places our drivers have experienced and enthusiastically described to their colleagues and families.

“We have a number of drivers who will tell me stories about the places they go, the history, the people, and the architecture. I enjoy listening to their stories and learning new trivia about American cities,” remarked our Kansas City employee, Kim Boese.

Sometimes, a pickup or delivery location will be off the beaten path, making logistical planning difficult. Scott Krug, manager in our Chicago office, recalled, “We have had delivery destinations where no public transportation options, such as a taxi or bus, existed. We then must get creative to ensure our drivers have a ride following the delivery. I remember delivering to a small town in the Midwest where we had to call the local chamber of commerce to find out that there was a shuttle van that ran once a day to the nearest major city.”

So, if you’re wondering if PARS has been to your town, chances are we have. And, if we haven’t been there, we will. Who knows, maybe our driver will even share stories about your town and what makes it so special!

(Below: photo of obelisk in Bennington, VT)

According to PARS president Lori Rasmussen, PARS will initiate a check for open safety recalls after the submission of each order: “If any open safety recalls are found, you receive immediate notice, and the order is placed on “Hold” until we obtain the client’s guidance.” PARS fleet clients can have the company attempt to address a recall prior to delivery if the remedy and parts are available. Other alternatives include having PARS store the vehicle until a remedy and parts become available, or authorizing delivery of the vehicle as is.

“We are excited to bring an industry first to our customers and hope it will provide additional peace of mind when it comes to vehicle safety.”